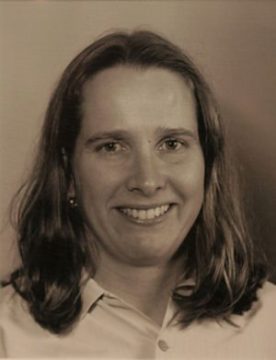 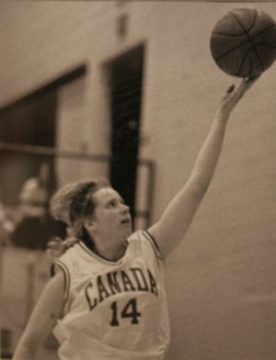 After moving to Kingston in 1977, Andrea played basketball with the LaSalle Secondary School junior girls team. By 1979 she had reached the National Junior team, and by the end of the year she was playing with the National Senior team.

Andrea participated in four world championships, in 1982, 1986 – when Canada won the bronze medal – 1990, and 1994. She was a member of the Canadian team that finished fourth at the 1984 Olympics. After several years playing professionally in Italy, Belgium and Greece, Andrea competed again for Canada at the 1996 Olympics.

An All-Canadian three times and Bishop’s athlete of the year in 1983, and 1984, Andrea coached at Bishop’s from 1984-90, and the team won three conference championships. In 1999 Andrea was inducted into the Bishop’s Athletic Wall of Distinction.

Holder of a Master’s degree in sports psychology from Queen’s University, after her basketball playing career ended Andrea became an accomplished golfer and she continued to coach at the high school level.