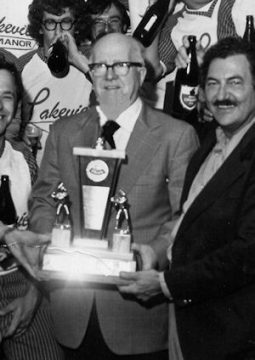 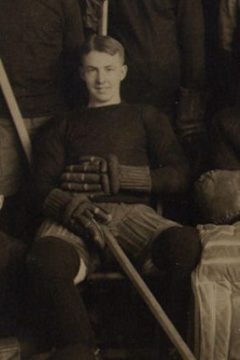 Steve was an athlete of some renown in his youth, but it was a supporter and sponsor of amateur teams that he made his biggest mark on local sport.

Steve distinguished himself in three sports during the 1920s and early 1930s.

A baseball catcher on junior and senior Kingston Locomotive teams, he won an eastern Ontario championship in 1931.

As a hockey player Steve played left wing for the Kingston Collegiate junior intercollegiate champions in 1927 and later played right wing for a Kingston junior team that won an Ontario Hockey Association championship in 1931. During high school he was also quarterback on the KCI football team.

Founder of Amey’s Taxi and proprietor of the Prince George Hotel and Lakeview Manor, Steve sponsored several traveling and city teams in hockey, baseball, softball and rowing. Most notable among them were the Kingston Centennials, who won the Ontario Baseball Association Senior A championship in 1967, and the Prince George Indians, who were southern Ontario Senior B softball champions in 1965.