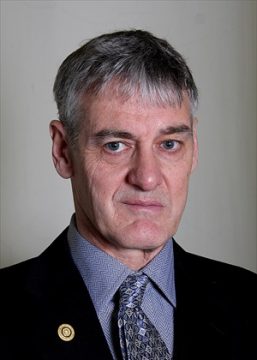 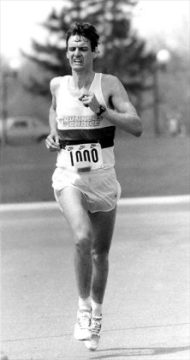 A competitive distance runner for more than thirty years, Al competed for Queen’s University as a member of the Cross-Country and Track and Field teams in the late 1970s, teams which he also coached from 1980 to 1985.

Al’s coaching and organizing carried over into the wider Kingston community, including his free weekly group training sessions, which helped many runners achieve personal goals, including qualification for the Olympics and the Boston Marathon among other prestigious races. Always a superbly fit athlete, Al insisted on hard work and perseverance from himself and those he coached. He was an innovative trainer, bringing track training coaching methods to Kingston and area distance runners. He has served in a variety of capacities – participant, coach, organizer, volunteer, adviser, sponsor and fundraiser for the Kingston Triathlon Committee and the Kingston Road Runners Association since he arrived in Kingston in 1977.

Al was instrumental in starting the Kingston Kids Read and Run Program and regularly donated equipment to ensure that all interested children could participate.

He was inducted into the Queen’s University Coaches’ Hall of Fame in 2004 and was named a Paul Harris Fellow by the Kingston Rotary Club in 2013.