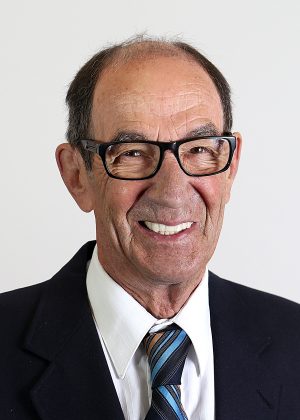 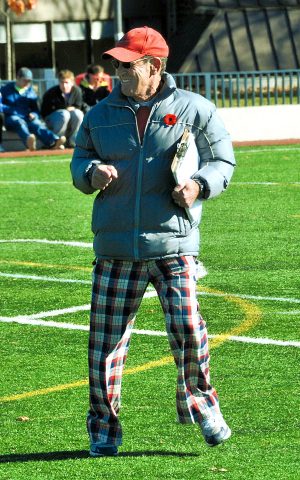 Tic moved to Kingston in 1956. In 1966, he started a 27-year teaching career at Kingston Collegiate and Vocational Institute (KCVI).  While there, Tic coached Football, Track & Field, Volleyball, Gymnastics and Curling. He was the school’s Athletic Director.

Along with coaching and convening high school sports, Tic coached Hockey in the Church Athletic League and for the Queen’s University Intermediates.  He served on the board for the Royal Kingston Curling Club from 1978-88 and was Club President from 1983-85.

Tic played on the teachers’ team in the Circle Fastball League and was an active curler for many years.

In 2010, Tic came out of retirement to coach the Senior Boys Football Team at KCVI so they could maintain the program.